Apply for this position Back to job

If enough people come together to use Glo as money in their daily lives, we generate a basic income and help eradicate extreme poverty.

We’re building the community of early adopters that pioneer the usage of Glo. As much as possible, they’ll purchase things with Glo rather than USD, EUR, etc. As they do this, we’re able to generate and support the basic income for people who live in extreme poverty, which is going to be very exciting.

Building community at Glo is going to be unlike anywhere else. We’re sparking a social movement of people who use Glo as a currency because they want to see the number of basic income recipients going up. Unlike most stablecoins, no one is making money here (except the basic income recipients of course). The reason we’re collectively brute-forcing this currency into existence is because it’s our best shot at enacting a scalable basic income.

The fundamental way for people to get involved is to use Glo as money. Convert some percentage of your monthly income into Glo; try to purchase things with it. In the beginning, this will almost be a hobby—few places will accept Glo and payment infrastructure will be meh. But by pioneering Glo usage, the community creates an incentive for payment providers to start supporting Glo and for merchants to accept it.

Eventually, paying with Glo becomes just as easy as any other method. At that point it's an ethical choice, akin to driving electric or eating less meat. If you’re pro basic income and want a fairer economy, pay with Glo. Beyond using Glo themselves, individuals can contribute in big and small ways to drive Glo adoption and demand.

We’re looking for a strategic Head of Community manager to;

You’ll be able to set this up from the start and scale it globally. As Glo grows, you’ll build out the community team and scale this into a broad social movement.

We’re looking for people that:

No need to check all of these boxes! If you resonate with some of these, we’d love to talk.

The kind of things you’d be doing:

Glo is a nonprofit startup striving to end extreme poverty. We are a global team of computer scientists and economists that combine academic rigor with a startup mentality. Please see the following resources for more information.

Apply for this position Back to job

Your application has been successfully submitted. 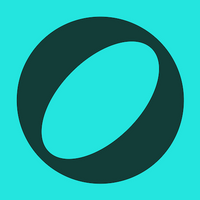 The anti-poverty version of the dollar